Maybe there’s a SaaS for that?

[This is a re-post of an article from my pwcom blog, published 2 March 2010. A debate has been kindled in the comments section that is reminiscent of conversations around the time of the dot.com boom in 2000.] 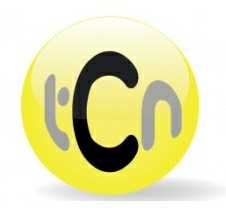 Late last year I was contacted by Ryan Briggs, one of the co-founders of a new social network aimed at the construction industry. The Construction Network, or tCn, aims to become the sector’s most exclusive business networking platform and has some big name partners, most notably the Chartered Institute of Building (CIOB). Other construction associations and companies include CIBSE, the ICE, CIAT, Balfour Beatty, Glenigan, Mace and JCB.

tCn is being launched this week (2-4 March 2010) at the Ecobuild exhibition at London’s Earl’s Court, and as part of its promotion campaign is offering the chance to meet former England rugby union international Jason Leonard OBE on its stand (394) on Thursday 4 March. The tCn marketing machine (see the tCn blog) is also promoting a prize draw for all those registering to join the network, with prizes including golfing breaks in Cyprus and St Andrew’s, rugby tickets and a rugby shirt signed by Leonard.

The site is still a little bit rough round the edges (occasional bits of ‘lorem ipsum’ show where text is yet to be placed in the personal profile pages, for example), but Ryan tells me these will soon be smoothed out by the site’s developers as they get more feedback from early joiners. (Disclosure: I have provided some paid consultancy advice to tCn.)

So is there room for another social network in construction? After all, there are already dozens of architecture, engineering and construction groups in LinkedIn, lots of company groups and pages on Facebook, Ning-based networks for the readers of Building and Property Week (post) plus Ning sites such as the AEC network and Constructing Excellence’s G4C and Collaborative Working Champions (both of which I’ve helped with), and stand-alone communities such as Reorb – aimed at commercial real estate professionals (post).

I think there is an opportunity for tCn. In a very conservative market, there is some interest in utilising social media, but many organisations are (often understandably) reluctant to let their employees have free rein to access Facebook, Twitter, LinkedIn, YouTube, etc while at work, perhaps regarding these as non-work-related. Having a network that is 100% focused on the construction sector, however, potentially overcomes that objection, with employees perhaps given permission to access this single platform because its main function is to foster business relationships. Moreover, tCn potentially offers organisations the chance to foster business networks among their employees or members and with companies in their supply chains at little or no cost to themselves. And it is being run be people focused on the platform, not as a ‘side project’ trying to nurture a community among readers of a print publication.

Its success, though, will depend on it drumming up sufficient subscription and advertising revenues from its partner industry organisations. We are, apparently, slowly emerging from a deep industry recession, but there is some uncertainty about whether recent ‘green shoots’ are premature, particularly as the forthcoming general election may yet mean further post-election turmoil as public sector spending is curbed. As I know only too well, marketing budgets are frequently the first to feel the pinch when money gets tight, but if tCn can show it is a cost-effective way to target individuals among potential customers and their influencers then it could thrive.

Permanent link to this article: http://extranetevolution.com/2010/03/tcn-the-construction-network-launches/