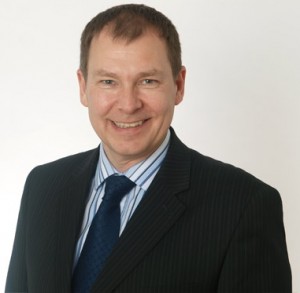 Last month, I was writing about the departure of founder and CEO Richard Vertigan from UK-based SaaS construction collaboration technology provider 4Projects; now I find myself writing a similar story in respect of Colin Smith, who has decided to step down as CEO of rival vendor Conject at the end of 2013.

There are various parallels between their decisions. Both founded SaaS start-ups around the turn of the century initially targeting the UK construction industry, growing them through the difficult days after the dot.com bubble burst, and turning their companies into profitable international businesses. Colin’s BIW Technologies was the early pace-setter in the UK market, and was eventually acquired by Munich, Germany-based SaaS vendor Conject in December 2010, while Richard’s firm was acquired by US construction software company Viewpoint in February of this year.

Contrary to many people’s expectations, Colin was not immediately replaced; indeed, he thrived in the new larger company and emerged as CEO of Conject Holdings GmbH, passing control of the UK operation to former BIW sales director Steve Cooper, while he devoted much of his time to managing affairs in Germany. However, the sheer amount of time that he spent in Germany and travelling to and from his Berkshire home became one of the reasons that Colin decided to step down (in another Vertigan parallel, we know Viewpoint is keen to have a locally-based person as the new CEO of the soon-to-be-Newcastle-based 4Projects). Colin Smith told me:

“Conject is now a sizeable, stable and profitable company with strong cash reserves; the UK business is in good hands, but the group as a whole needs someone based in Germany to take it to the next level, continuing the group’s international expansion and preparing it to roll-out a range of new exciting SaaS applications over the next 12 months. With UK family, I was reluctant to move full-time to Germany, and, frankly, after 13 years growing an entrepreneurial business, would like to take a break, look for some new challenges, and let an experienced director continue the expansion of the group.”

The new Conject Holdings CEO will be Ralf Händl, an existing Conject director and shareholder with extensive experience across the global construction market. Colin, meanwhile, says he will be recharging his batteries and “may even call Richard Vertigan for a round of golf!”

[Disclosure: I was one of Colin’s early recruits to join BIW Technologies in 2000 and was a BIW employee until early 2009.]

Permanent link to this article: http://extranetevolution.com/2013/11/colin-smith-exits-conject/