FieldLens identifies the time-sink that is email and reopens discussion about the role of email in construction projects.

“Should the construction industry dump email?” is the provocative title of a blog post by Kelly Lignos Ziv writing for New York-based mobile construction collaboration vendor FieldLens, and it returns to a topic I’ve discussed many times (my anti-email argument started in 2006, and it’s a theme I’ve returned to frequently). 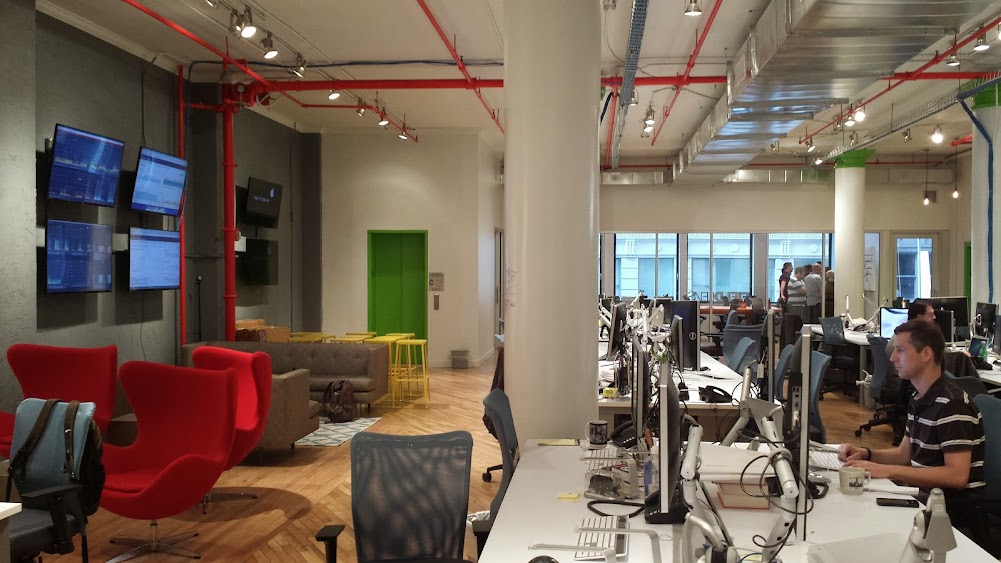 Kelly points out that for many people a big part of the construction communication problem “is the overwhelming number of emails received by just about anyone who has anything to do with the job”. She quotes the example of an Irish education technology organisation, profiled on Fastcompany, which decided to opt out of email, relying instead on social media and on various project and task management platforms, depending on the type of communications that needed to take place. Kelly says FieldLens staff use their own platform – described in 2013 as Facebook for construction – to run their internal projects, not email (read Doug Chambers’ post), and Daryl Lang mentioned it when I visited the FieldLens office (above) in August (it only looks quiet as most of the developers are in a stand-up meeting in the office at the back!).

I would add another example I found this week – thanks to Twitter – and also based on a Fastcompany article: Inside the company that got rid of email. Finding that email was absorbing 30% of every working day, Christian Rennella banned email and replaced it with a custom-built project management platform. This presents a list of projects that each individual and team is working on, showing what needs to get done, what’s been completed, and how long it should take; it also shows what everyone is working on at a given time. Importantly, the site has no notifications. To see an update or a new project, employees have to login – to “pull” the work: “employees select their day’s work, and are not motivated by an urge to click a blinking icon”.

Discussing that article with EngD researcher Natasha Watson on Twitter, I cited the example of Luis Suarez, an IBM executive who decided to opt out of email (read this 2012 Wired article), and within minutes Luis (@Elsua, right) joined our Twitter conversation (I met Luis after hearing him speak at a social media event in London a couple of years ago; I first heard about him in 2008 when social technologist Suw Charman-Anderson mentioned him when talking about “Death to Email” at the very first Be2camp). Luis confirmed that it was perfectly possible for individuals to work for eight years (so far) without email.

In a discussion at last week’s COMIT conference about information overload, I swiftly responded with Clay Shirky’s famous “There is no such thing as information overload, only filter failure“. I said that I use Twitter for many email-type exchanges (I even negotiated a project yesterday with a prospective client via Twitter Direct Messages), use Gmail tabs and other tools to filter my emails, and use Google Alerts and Twitter searches to find just the news I want to see.

At the same event I had earlier talked about Gen Y and Gen Z approaches to communication, and if I think about my children’s use of technology, it is clear we have a cohort of natural collaborators and communicators who are intuitive multi-taskers and users of real-time VOIP, chat and other instant messaging tools. This generation will be entering the professions over the next decade or so, and will be frustrated if corporates try to stifle their natural instincts for near-instant sharing of information.

A new wave of technology businesses – FieldLens is one of several I’ve looked at over the past year or so – are clearly gearing up to offer environments that facilitate 21st century collaboration, not continue to drive it into silos through email. As my daughter once told me: “Email: that’s so last century.”

Permanent link to this article: https://extranetevolution.com/2014/10/should-construction-dump-email/