Bentley’s portfolio already included ConstructSim, a 4D construction modelling application used in project delivery of industrial plants. Synchro takes the 4D capability wider. Synchro has been deployed to support construction planning, scheduling, and project management strategies across a wider variety of projects, with clients including London’s Crossrail. According to Bentley, Synchro “incorporates other construction variables (human, materials, equipment, falseworks, and space) for safe, reliable, and predictable project delivery performance.” End users will be able to compare construction strategy alternatives—even in early stages of design and bid processes—and to evaluate the feasibility and efficiency of different scenarios.

Bentley says it will incorporate Synchro’s 4D construction modelling through the ProjectWise CDE (it refers to a ‘connected data environment’, rather than the more widely – at least in the UK – common data environment; in October 2017, ProjectWise appeared past the tipping point in its transition from on-premise to being the cloud-based centre of an ‘ecosystem’ of cloud services). As a result, it claims infrastructure project delivery will benefit from “unprecedented digital workflow advancements”. Steve Jolley, Bentley’s VP for construction, says: “for infrastructure projects, integrating Synchro’s 4D construction modelling completes the reach of our ProjectWise CDE.”

“Using 4D models to plan helped speed up the project teams’ understanding of what we needed to do and when. They could also tease out conflicts that were not normally apparent from regular Gantt charts and drawings. Using the 4D model for construction progress also manages payment expectations as it allows teams to readily agree on what’s completed and accepted—as well as producing an excellent as-built record for the future maintainer.” 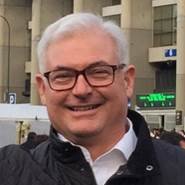 I have followed Synchro’s development from the mid 2000s, when CEO Tom Dengenis, right, left SaaS construction collaboration technology developer Asite to lead Synchro as it grew and raised funds in 2007. I met Dengenis at another software vendor’s event in 2017, and earlier this month I noted Synchro’s tie-up with Denmark’s GenieBelt (I am not sure how that will survive the Bentley deal).

The deal will immediately excite industry watchers who welcomed the acquisition (announced in December 2017, completed three months ago, in March 2018) of SaaS collaboration technology vendor Aconex by Oracle, provider of the Primavera scheduling toolset and Textura construction payment management platform. We now have at least two major AEC software vendors with strong 4D capabilities alongside design authoring, while Trimble (after its April 2018 deal to buy Viewpoint) and RIB also seek to play in the 5D cost control space.

Permanent link to this article: https://extranetevolution.com/2018/06/bentley-goes-4d-buys-synchro/