Could Google disrupt the construction IT market?

With a hint of Google Genie out of the bottle, could the search giant overtake the established AEC IT giants?

Code-named Genie (presumably unrelated to the Copenhagen-based GenieBelt business whose Gari Nickson I met earlier in October), it is apparently a cloud-based platform with online design and analytical tools that would allow designers and construction professionals to collaborate in real time, including planning tools, and advanced analytics and simulation tools. Genie standardises and automates the design and construction processes with unlimited design options, enabling an architect to preserve the building’s uniqueness in the urban environment.

The technology was presented as something that will change the conservative global construction industry through a fundamental and revolutionary change in how buildings are designed, built, and maintained, saving trillions of dollars. … The … team estimated that Genie could save 30-50% in prevailing construction costs and shorten the time from the start of planning to market by 30-60% … [and] estimated that the platform had the potential of generating $120 billion a year for Google.

The technology is now being developed by a still somewhat secretive spin-off company, Vannevar Technology Inc, registered in Delaware, and founded by three of the Google X team behind it.

Construction Manager reported that architect and BIM specialist Elrond Burrell believed the UK government’s BIM Task Group had been given a preview of the technology last year. He speculated:

“I remember people on the Task Force and Mark Bew referring to a Google thing that could “do” Level 3 BIM. It sounds like it gives you a situation where you have multiple people collaborating in real time, rather than exchanging static information.”

However, comments on the CM article were sceptical about Google’s ability to deliver an industry-strength, industry-specific solution, citing its failure with SketchUp (now owned by Trimble; though perhaps Google’s people will have learned some lessons from that), the need to focus on data not graphics (again, I suspect this is something that the Vennevar executives will be well aware of – Google’s core business, after all, is about helping us search for and find data), and the cost and time needed to create a powerful solution to rival, say, Autodesk’s Revit.

And I suspect there will also be some scepticism among the existing AEC (SaaS and non-SaaS) collaboration vendors – some of whom have been toiling for 10 or 15 years trying to improve the industry’s efficiency and yet it continues to lag behind all other sectors in productivity improvement – largely due to its fragmented structure, its often adversarial culture, and its continued reliance on outdated paper-based or paper-like communication processes. There has been limited merger and acquisition activity among the leading SaaS players – as I wrote in February, there are numerous reasons no single vendor yet dominates the SaaS collaboration sector – but the emergence of new disruptive technologies such as BIM (and the need to manage models and related data in powerful web-based common data environments, CDEs), coupled with the financial and R&D muscle of an ambitious international giant eyeing a market opening, could yet change the market in a decade.

You only have to consider the dent that Google has made in the once-Microsoft-dominated operating system, Office and email market through its Android OS, Google Apps and Gmail offerings to see how the search giant can change the computing world. I have written a cloud computing feature for December 2013 issue (out soon) of the RICS magazine Modus which includes case studies of construction and property industry firms opting for Google Apps, Google Drive cloud storage and Chromebooks to give them greater agility and reduce their business overheads while improving efficiency and information sharing.

And there is Google Earth too, the world’s most ambitious and largest geospatial resource, geolocating and constantly updating data about places and buildings across a hugely searchable Google map of the entire globe. The creation of a new toolset to improve data management relating to new buildings, to me, somehow seems to fit with this vision. 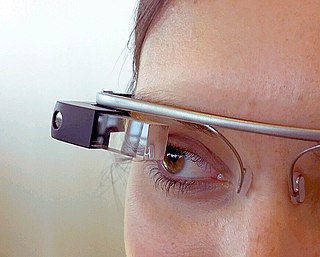 In another Google-related conversations, I talked to US construction IT writer Rande Robinson at the Bentley Systems conference last week about mobile devices, and we agreed the wearable, voice-activated Google Glass technology had the potential to immediately change how site workers and maintenance operatives accessed information.

This was reinforced when I saw a UK Google employee, David Keene, demonstrate Google Glass at a London Bloggers Meetup last week. The LBM discussion also covered “Hummingbird“, the latest iteration of Google’s search algorithm, which is designed for conversational or semantic search, to deliver better results for the growing number of users accessing Google services on mobile devices with voice search. Such intuitive web-based (and presumably geo-location-specific) technologies with simple voice-powered interfaces could make a profound difference, hastening more real-time communication and information access.

Wearable technology also featured in a mind-blowing presentation by futurologist Francis Rabuck at Thursday’s COMIT conference in London on construction information mobility (read the Storify stream), where he outlined a wide range of new and potentially disruptive technologies, from internet-connected baseball hats and drones to back-end knowledge engines and 4D building materials.

Permanent link to this article: http://extranetevolution.com/2013/11/could-google-disrupt-the-construction-it-market/